.....[...I]n the interviews that I did with men and women in their twenties and early thirties, I found that gender norms really are evolving. So, the younger generation really does believe in more gender equality. They do have more gender-equalitarian beliefs on the whole. I mean, obviously there are a lot of exceptions, but I would say that the younger generation on the whole is more progressive, especially in big cities like Beijing and Shanghai.

What I argue, though, particularly in my dissertation where I really focus on residential real estate, [is that] the real estate boom following China’s privatization of housing has led to resurgence of gender inequality and created new forms of really stark gender inequality in wealth, because there’s this inextricable link between marriage and home-buying in China. So, when a young couple decides to get married, the norm is that they’re supposed to buy a home in the private market. And that’s when the older generation’s traditional patriarchal beliefs come into play. Buying a home is an extremely complicated financial transaction. And, because homes are so exorbitant now, it is virtually impossible for a young person to buy a home on their own. They have to rely on the heavy financial input from their parents or elders. And so, basically what happens is that you have to have the pooling of family assets to buy a home, and when you come to these vast quantities of money, where the parents and the elders have been saving and scraping their whole lives, that combines with a whole bunch of different norms. One is the norm that the man is supposed to be the official breadwinner and that the woman doesn’t need to own property.

Another norm is basically a myth that is propagated by the state media in collaboration with the real estate developers and the matchmaking industry. They spread the myth that a man has to own a home in order to attract a bride. Which is why so many parents invest so heavily in buying their sons a home, and then they don’t help their daughter buy a home. In my research, I found just a very consistent, a shockingly consistent pattern, when there’s a son and a daughter, the parents buy a home for the son and they don’t for the daughter. But I also found cases even more disturbing, where the parents don’t even have a son, they have an only daughter and rather than help their daughter buy a home, even though she wants one, they help their nephew buy a home. That is a really big part in the creation of the huge gender wealth gap. [Source]

Posted by Piotr Bernardyn at 21:11 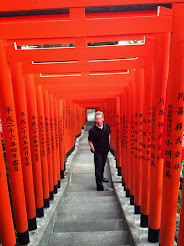